No Result
View All Result
Home DRINK OF THE WEEK

How to Use Sherry Wine in Cocktail Recipes

by Steven
in DRINK OF THE WEEK
0

Sherry is among the most versatile of cocktail ingredients. Central to many 19th-century classics, the fortified wine has a history of imparting salinity, sweetness and savory layers to cocktails. But while sherry is a beloved backbar staple, for home bartenders, its myriad uses tend to be more obscure.

“I think the majority of nonindustry folks are a bit scared of sherry, because all they know of it is [that it’s] sweet and dense,” said New York bartender Natasha Bermudez recently, regarding her use of the ingredient in modern contexts. In fact, while sherry can be richer, with dried fruit or caramel notes, it can also be bone-dry and bring minerality to the table. A wide range of sherries is available, and the style continues to evolve.

Chantal Tseng, bartender and ambassador for U.S. Sherry Week, insists that the ingredient can be easy to work with in any cocktail. To start, she suggests seeing how sherry can fit into your favorite classic recipe. “Lighter biologically aged sherries [such as manzanilla or fino] work alongside dry vermouths and lighter spirits like gin, vodka or blanco tequila, accenting savory and herbal elements accordingly,” she explains. On the other end of the spectrum, “amontillados and olorosos collaborate well with the sweeter or rouge vermouths and more aged spirits.” And Pedro Ximénez sherry, in place of simple syrup, is “a beautiful thing” to level up a Daiquiri, according to Tseng.

To further demystify the fortified wine, here is a guide to the most common styles of sherry, and how to use them in cocktails.

Fino sherry is unoxidized, delicate and dry, making it ideal for adding a touch of salinity to austere drinks, such as Martinis. The Tuxedo, for example, swaps fino in for dry vermouth, while the equal-parts Jungle Cocktail adds it to sweet vermouth and gin for a slightly savory spin on the Martinez. But outside of elegant coupe glasses, fino also makes its way into more crushable formats: In the Rebujito, an Andalusian highball, it combines with lemon-lime soda. In another easy-drinking cocktail, the Coco En Rama, fino’s minerality combines with the salty tang of coconut water, boosted with herbaceous tarragon-infused vermouth. 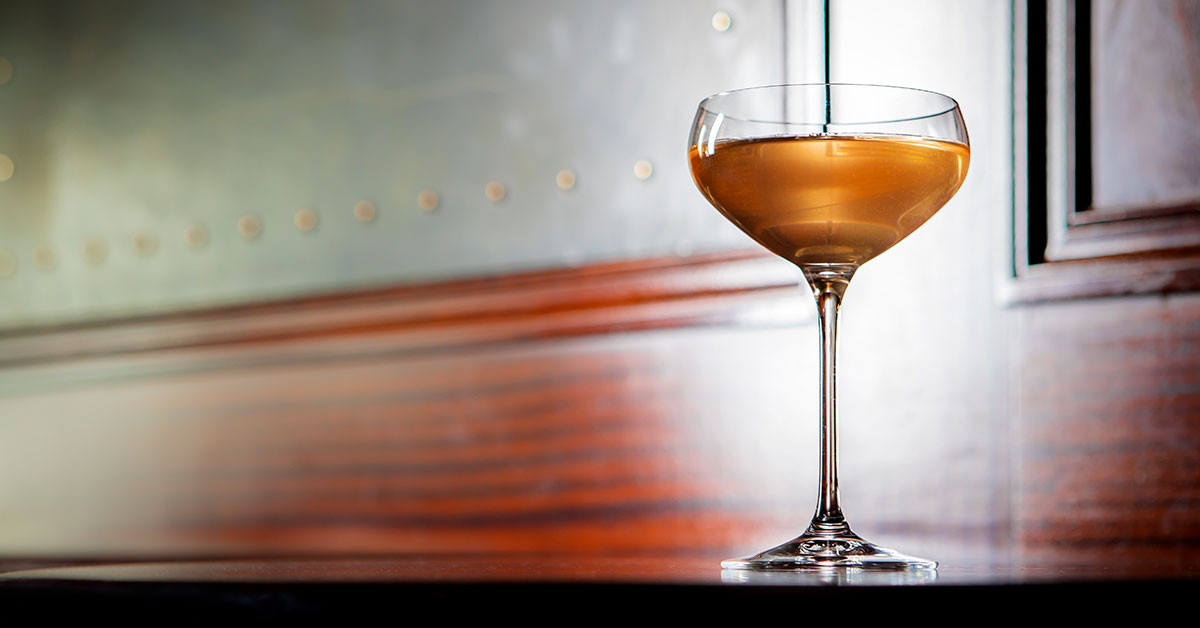 Manzanilla is similarly dry and differs from fino only in its place of origin; manzanilla comes from a cooler region, lending it more brightness. Given the sherry’s high acidity and salinity, its presence in cocktails has been likened to “bringing a pinch of salt to the table,” says Andrew Meltzer, a San Francisco bartender and fan of the style. Whether brightening up sherry classics, like turning the Bamboo into a highball, or giving a cocktail the 50/50 treatment, as in Bermudez’s lower-proof take on the Margarita, a dose of manzanilla is an easy shortcut to complexity. It can also stand in place of liqueurs, such as in our Apple Garibaldi, where it amplifies the tanginess of green apple juice. 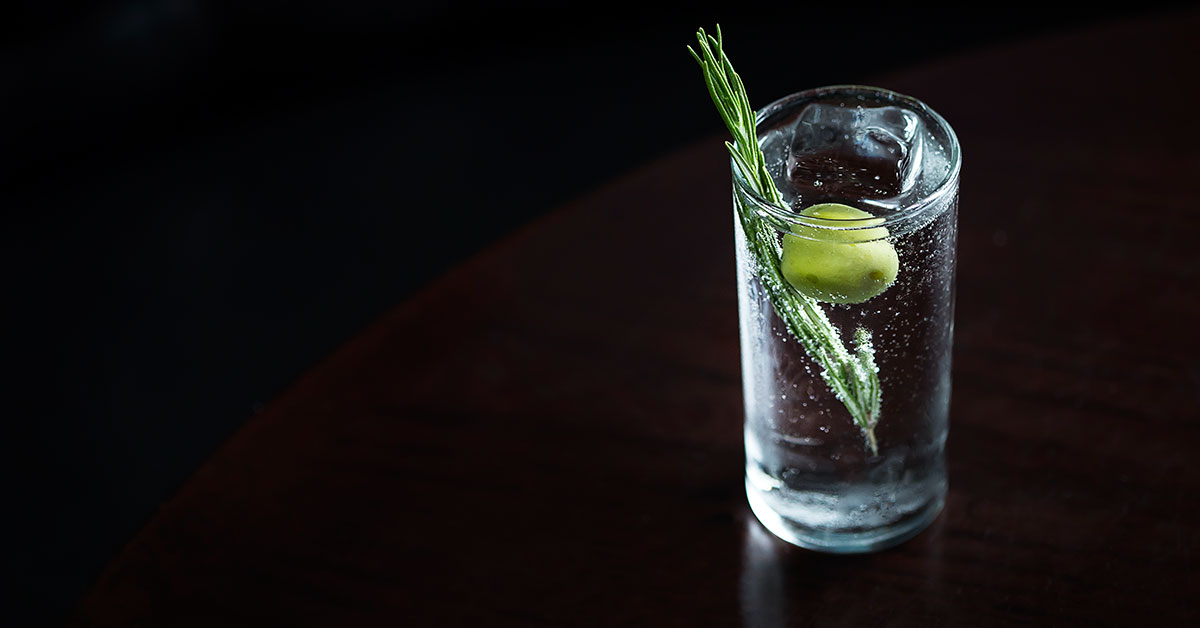 The stirred classic turns into a tall cooler with a pour of tonic water. 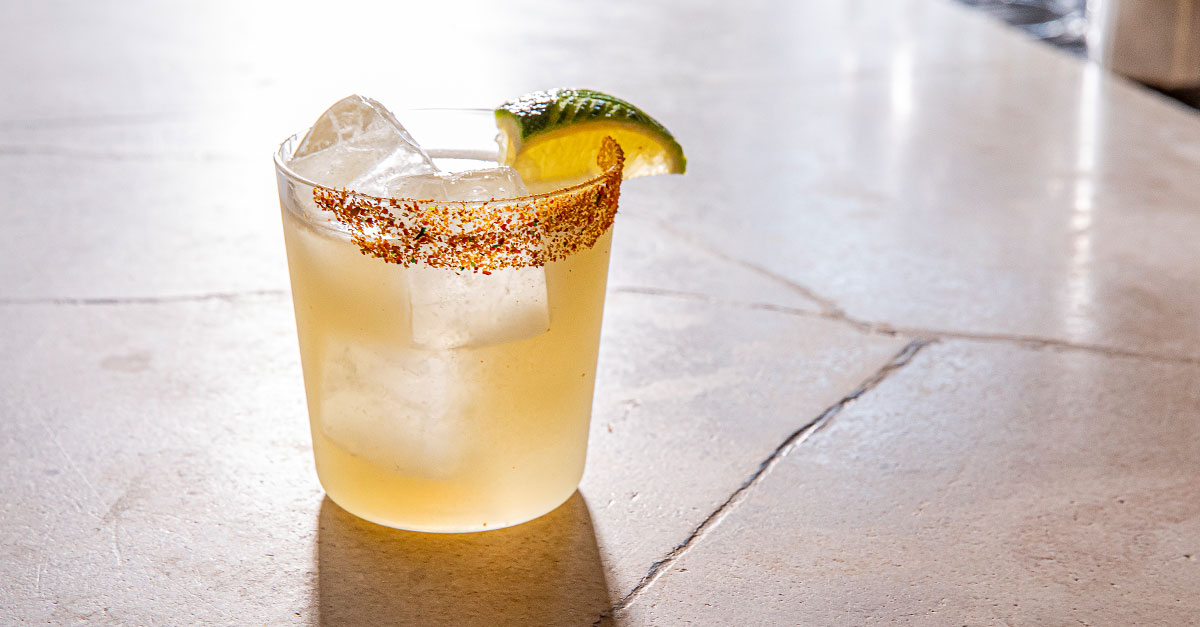 A split base of mezcal and manzanilla sherry offers a lower-ABV take on the classic. 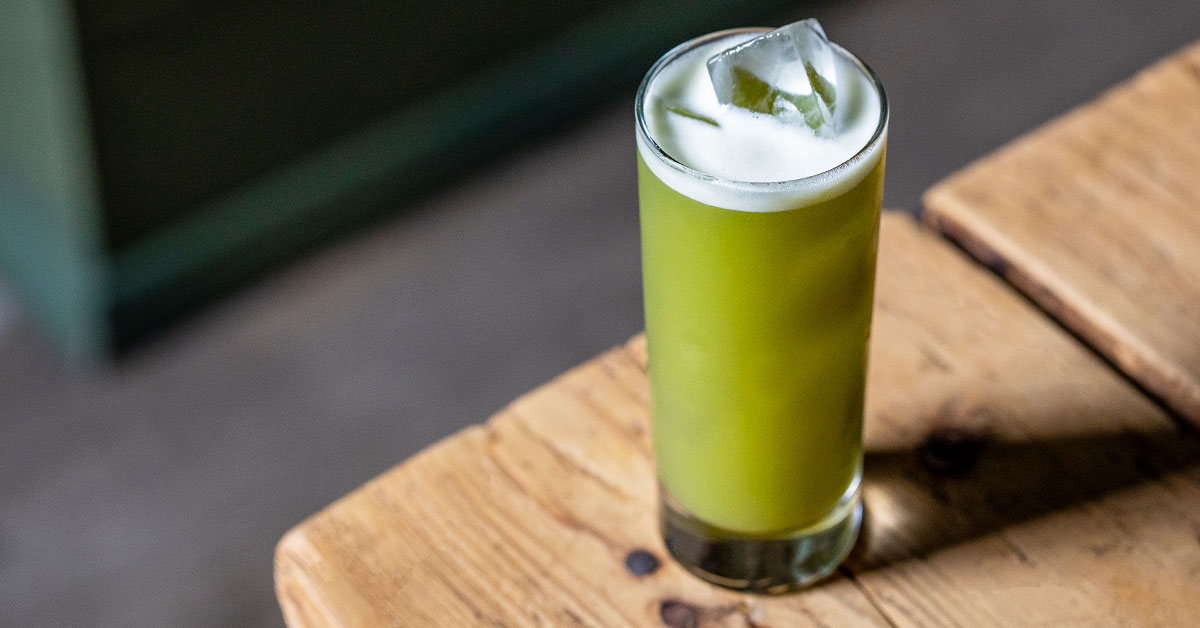 Amontillado sherry is slightly deeper than fino and manzanilla, yet lighter than oloroso, with a spicier character. For Chip Tyndale’s take on the Bamboo, which splits the vermouth quotient between blanc and dry expressions, he found no need to split the sherry, as amontillado strikes the right balance of nuttiness and sweetness that works well against the fruit qualities of the vermouth. Amontillado also provides the base for Alex Anderson’s take on the Sherry Cobbler. Combined with rich Demerara syrup and citrus, the sherry brings a roundness and weight to the recipe, making it our favorite take of several cobblers we recently blind-tasted. Amontillado fits well into modern drinks, too, such as the Romance In Graceland, where its slightly nutty character plays up the flavor of peanut butter–washed Cognac.

Nutty oloroso sherry is fuller-bodied, and can stand in for brown spirits in lower-proof takes on classics. Because of its dessert-like quality, oloroso works particularly well in creamy cocktails, such as the Sherry Flip, or in nightcaps like the Sketches of Spain, a Spanish-inspired cocktail that offers a lower-proof last drink of the night. In brighter drinks, on the other hand, such as Matt Piacentini’s sherry-tinged take on the Daiquiri, oloroso adds depth to the recipe, which also sports a more concentrated 2:1 Demerara syrup to match. 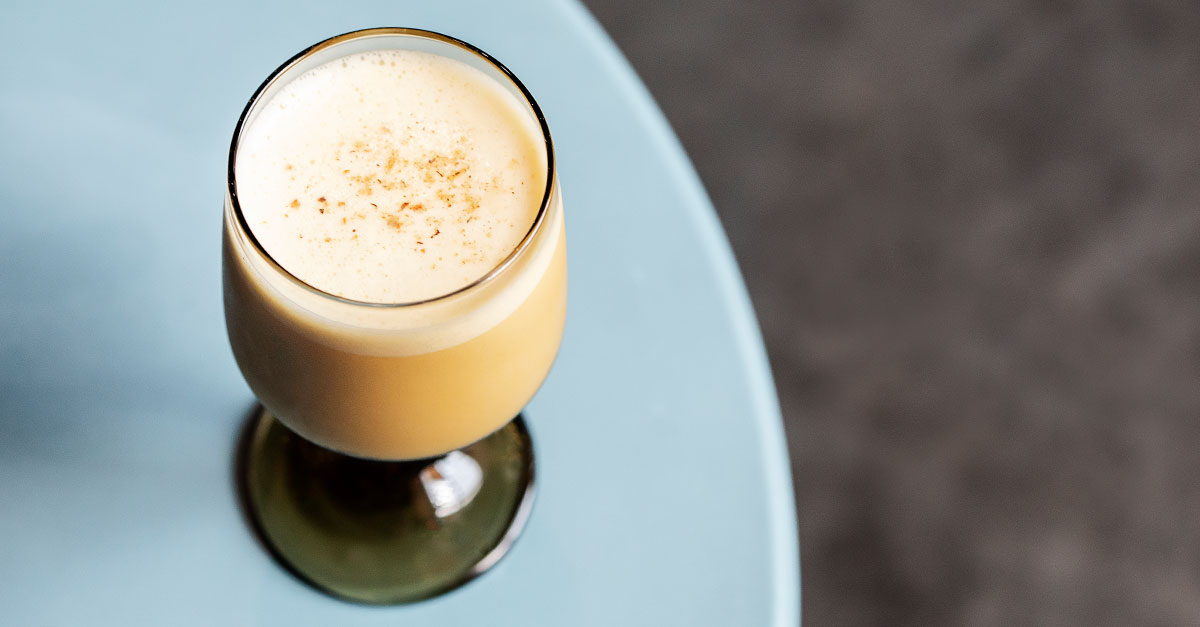 One of the original sherry drinks, described as a “very delicious drink” that “gives strength to delicate people.” 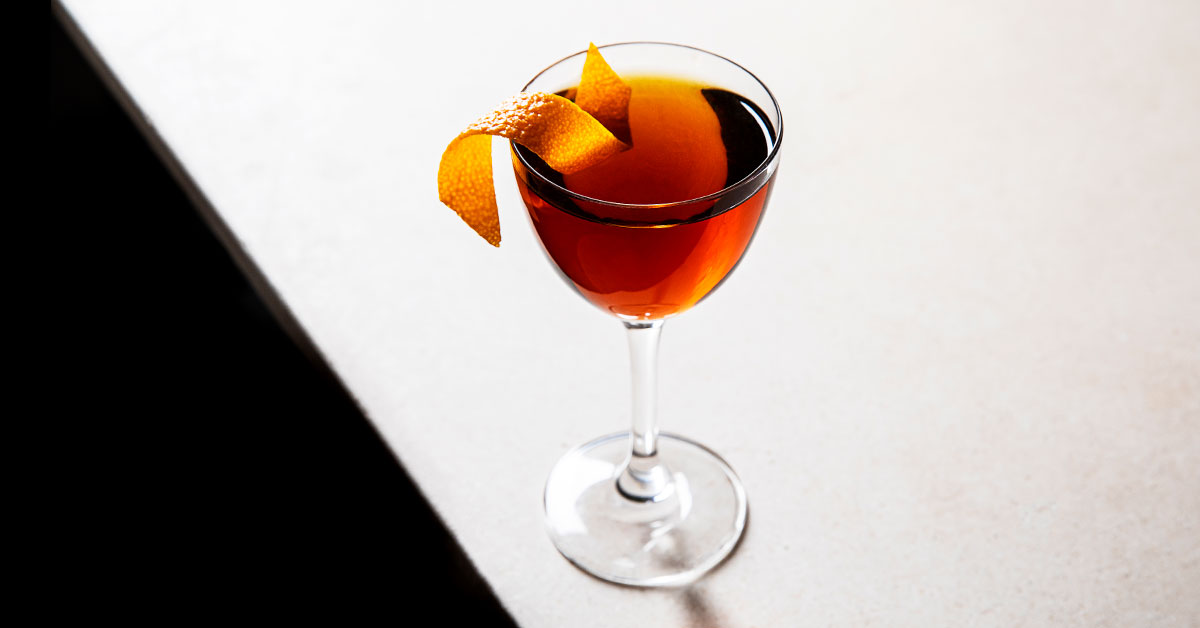 A low-alcohol nightcap featuring sherry, sweet vermouth and a measure of brandy.

Pedro Ximénez is made from raisined grapes using fractional blending, or the solera process, so each bottle represents a mixed vintage. PX sherry, as it’s known for short, is sticky-sweet, and rather than a base, works well in place of a sweetener. In the Pedro Suckerpunch, for example, it stands in for sugar syrup and is balanced with bright lemon juice and bitter espresso liqueur. With its raisiny flavor, PX sherry also feels right at home alongside the fruit flavors of a Pimm’s Cup, where its nutty character helps bring Maison Premiere’s take on the classic toward a winter palate. The fortified wine also lightens up the spirit-forward construction of the Felices Los 4, ensuring that the hard-hitting combination of bourbon, rum and peated Scotch stays “crushable and delicious.” 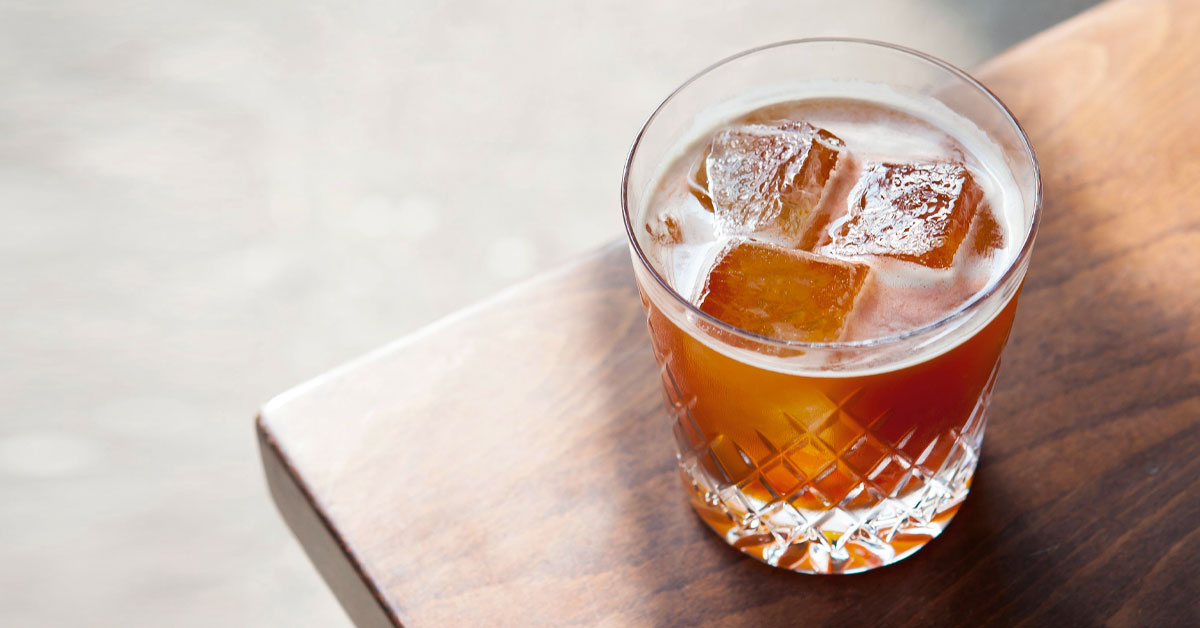 Pedro Ximenéz sherry brings the sweet kick of an Old-Fashioned to this shaken blend. 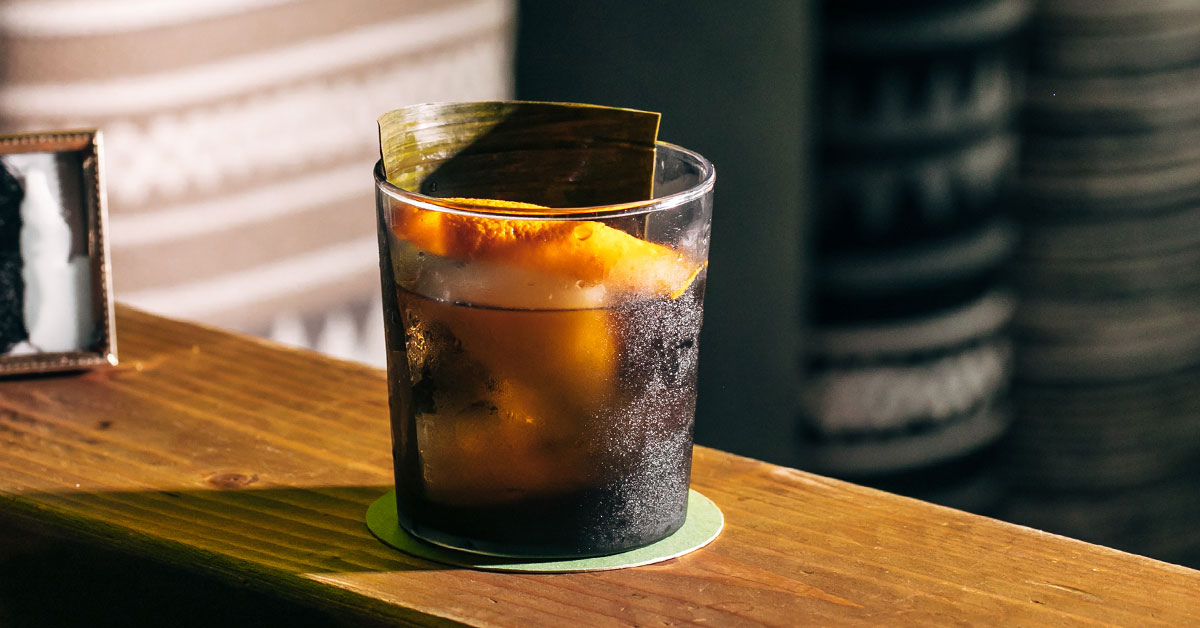 A spiritous—yet “crushable”—combination of bourbon, rum, sherry and Scotch whisky.

The V-Shaped Martini Glass Is Challenging the Cocktail Coupe

Get our freshest features and recipes weekly.

The V-Shaped Martini Glass Is Challenging the Cocktail Coupe

For a while, the V-shaped Martini glass was the bane of my existence. In my brief stint as a server, the restaurant I worked at served...

The World’s 50 Best Bars just released its 2022 list, crowning Paradiso in Barcelona as the best bar in the world. Now in its 14th year,...

How to Use Allspice Dram Liqueur in Cocktails, Plus 6 Recipes

Once an elusive ingredient known for its mention in historic recipes, allspice dram has proved itself as a versatile backbar staple in recent years. Built on...

2 oz Mezcal (Fidencio) 3/4 oz Luxardo Amaro Abano 1/2 oz CynarStir with ice, strain into a rocks glass, and (optional) garnish with a crack/pinch of...

The New Dewar's French Smooth Is Finished in Calvados Casks

DRINK OF THE WEEK

No Result
View All Result